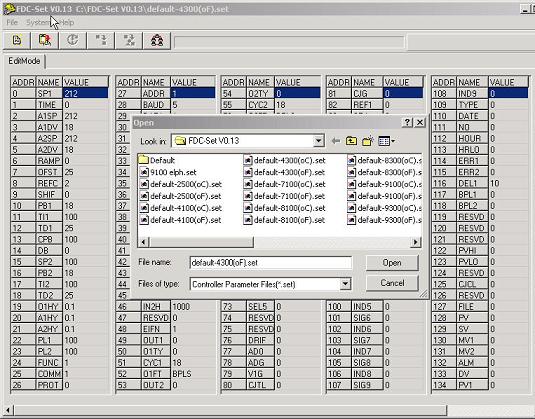 Connect the PC to the control through the cable & power supply/converter described below.

When configuring the instruments the controls are powered by the SN12A converter through the cable connection; the controls do not have to be powered via the power input terminals.

Open a default configuration for the appropriate control series in degrees C or F, change configuration to your requirements and download to the control. Or, once a control is configured through the its' front display/keypad upload its' configuration via FDC-Set. Included in the configuration are setpoint, alarm setpoint, PID settings, etc.

Saving your configuration is easy following traditional Windows commands. Files "saved as" can be opened and downloaded to the controls. 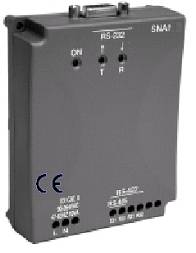 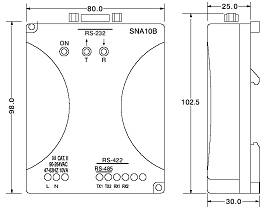 To utilize FDC-Set Software a SN12A converter and one of three different cable connections dependent upon control Series are required.

Do not attempt to make any connections to this port while the controller is being used during normal operation. 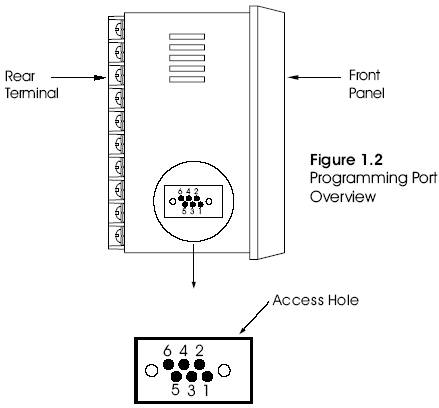 A Micro USB Port provided on the controller can be used to connect to a PC by using a programming port cable (CC98-1) and a programming adapter (PA98-1) for firmware upgrades and to upload or download configurations from FDC-Set v1.9 or later.

Do not attempt to make any connections to this port while the controller is being used during normal operation.

FDC-Set Brochure.pdf (does not references C-Series)

B Series.htm (board level control)